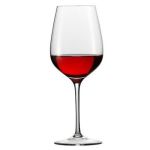 Anyone who has ever sat near me before, during or after meals, or most notably, in achingly quiet situations (like a movie with multiple dramatic pauses or ceremony with long speeches and honored guests) knows I have a very temperamental stomach that’s really into letting me know it’s there. We have this game where it growls at the most inopportune moment, I pat it like I’m trying to appease a small, feisty animal, and it just growls again. Loudly. And longer. I love this game. It’s awesome.

As such, I was a bit concerned as to how said beast would take to the food of Bangladesh. One week in, I’m happy to report and knock on wood that all is quite well, spicy and delicious. I’d be remiss not to include the fact that the comforts of home — Cheerios, Blue Bell ice cream, red red wine — are available at a U.S. commissary not far from where I’m living. I took a trip there yesterday with my sister-in-law and quickly learned that the most crowded aisle is where they keep the beer and wine. As it’s illegal for anyone who’s not an expat to drink alcohol in the country, the commissary is the only place where you can buy it in Bangladesh. A group of guys who had just arrived to the country and looked like fraternity brothers but were actually with the Department of Defense were rejoicing at the sight of a case of Fat Tire. Had I seen any Raisinets, I suppose I would have felt the same.

Regardless of this easy access to a few guilty pleasures, I’m actually happiest when I’m getting to try the local fare. During a meeting my first day at work, plates were passed around with a snack I would later learn was a samosa, which is a pastry stuffed with very.spicy.vegetables. There’s a guy on the staff who has been watching to see if I will be able to “hang” with the locals. Of course, I have taken this on as my new favorite challenge, so I shoved the pastry in my mouth as he watched to see my reaction, maintained eye contact and gave him a defiant smile. Seconds later, my mouth immediately felt like it caught on fire and there was no water in sight for the next two hours. I never let on, though. Too legit to quit… hey, heeeey.

For lunch each day at Habitat, we eat a family style meal that has been prepared for us by a very dear Bangladeshi named Moses, whose smile has been my favorite to encounter here. The spread, which amazingly only costs me Tk 45 (less than $1), typically includes a curry made with vegetables, chicken or fish cooked in a hot spicy sauce, dahl (cooked yellow lentils) and plain rice. Utensils are not included. Though it doesn’t seem like there should be an art to eating with your hands, the first day I dove in, the guy next to me asked if it was my first time. I don’t know if he could tell by the rice on my lip or my lap, but I laughed and then promptly received the lesson to make your handful of food as compact as possible and push it into your mouth using just your thumb. It’s also important to note that it’s customary to only use your right hand when it comes to food here. The left hand is considered unclean, given its use in the bathroom. Enough said.

So I’m learning, happily and slowly, and digesting the lessons at the end of each day with a glass of red wine in my right hand and a happy stomach receiving pats from my left. Pictures soon, I promise.